A universal belief can be assumed in most societies that, fundamentally, a fair day’s work should be met with a fair day’s pay. Yet somehow, the population that arguably labors the most day after day, is consistently robbed. This population is farmworkers, whom the general public is typically unaware even exists; much less the issues they face. People who put their life on the line, ironically just to survive, while also sustaining our food supply and helping to maintain a balanced economy. They’re working in arduous conditions like heat, sun, exposure to deadly chemicals, and with dangerous machinery. All this, only to have their paychecks cut, late, or even withheld entirely. 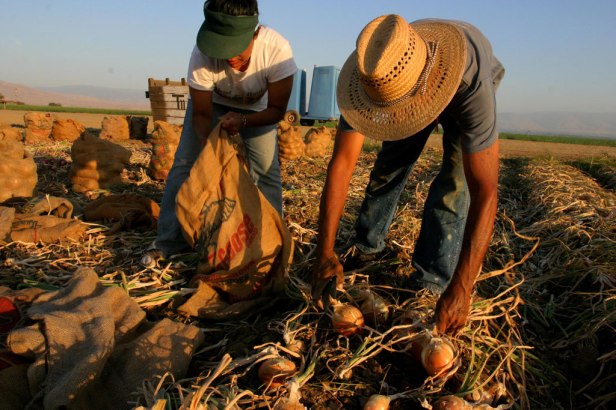 “Sixty-seven percent of field workers were victims of wage theft in the year prior to the [2009] survey; 43% of respondents stated that they never received the minimum wage and 95% were never paid for the time they waited each day in the field to begin working.” http://bit.ly/2aABAqz

Foremost, farmworkers on average are the lowest paid labor force in the U.S., with an annual salary of $10k-$12k for individuals and for families it’s $15k-$17k. There’s not much of an increase in earnings between individuals and families, which is part of the reason many farmworker families are living below the poverty line. It’s hard to believe that the blood line of a billion-dollar industry could sacrifice so much, their health most importantly, and still be living in poverty. Usually workers depend on the weekly paycheck just to barely get by, sometimes covering rent isn’t even possible.

Moreover, you might wonder; if wage theft is so common, why don’t farmworkers just report it? Call it in. Often, that is not an option due to the lack of job security. Farmworkers are by law supposedly guaranteed some labor rights like minimum wage for each hour worked. But overtime pay and especially job security rights are regularly ignored by growers either due to poor monitoring by government agencies or because a farmworker may be working here without legal documents and fearful of reporting issues.

Usually, wage theft happens in situations where growers hire “farm-labor contractors” who work as mediators, managing laborers and reporting to growers. In that case, growers can distance themselves from any issues on the lower level and walk away with clean hands. “The contractor system makes it very difficult to enforce wage and hour laws because the idea is that the grower says, ‘It’s not me, it’s him. It’s the contractor. I had nothing to do with this,’ says Rob Williams, director of the Migrant Farmworker Justice Project of Florida Legal Services and a leading farm-labor advocate.” http://bit.ly/2aAyXVB 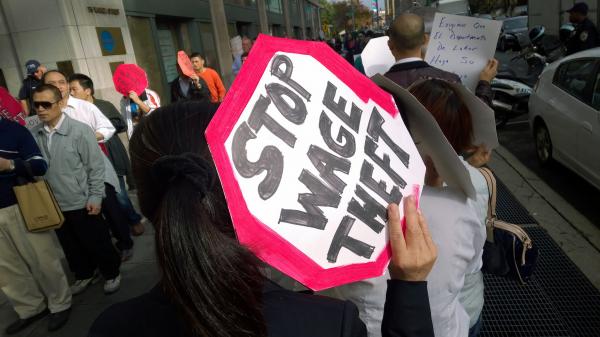 They are without a doubt one of the most vulnerable populations in the US, due to the combination of low salary, occurrences of wage theft, lack of enforced rights, and an over whelming fear of being sent back to their countries. Whistleblower assistance and protection does exist, but it is not guaranteed that every case will be met and it especially does not address the deeper rooted issues.

“Farm worker unemployment rates are double those of all wage and salary workers according to the 2008 NAWS, as agricultural work by nature provides virtually no job security. Many workers are day laborers, and migrant farm workers must chase crops to make a living. Farm workers are also constantly at the mercy of variable conditions like natural disasters and bad weather.” http://bit.ly/1WPvSas

Poverty in general is systemic and cyclical, but it doesn’t have to be. Especially for those who work as hard as the hands that harvest this nation’s produce. Farmworkers overall are susceptible to vast injustices, many of which occur out of the public eye, this is why union groups, closer monitoring, and training of civil and labor rights are essential for this group. The combination of these factors will allow such a marginalized population to hopefully succeed and escape the clutches of poverty. No person should have to be afraid to blow the whistle when they witness blatant abuse and wrongdoing.